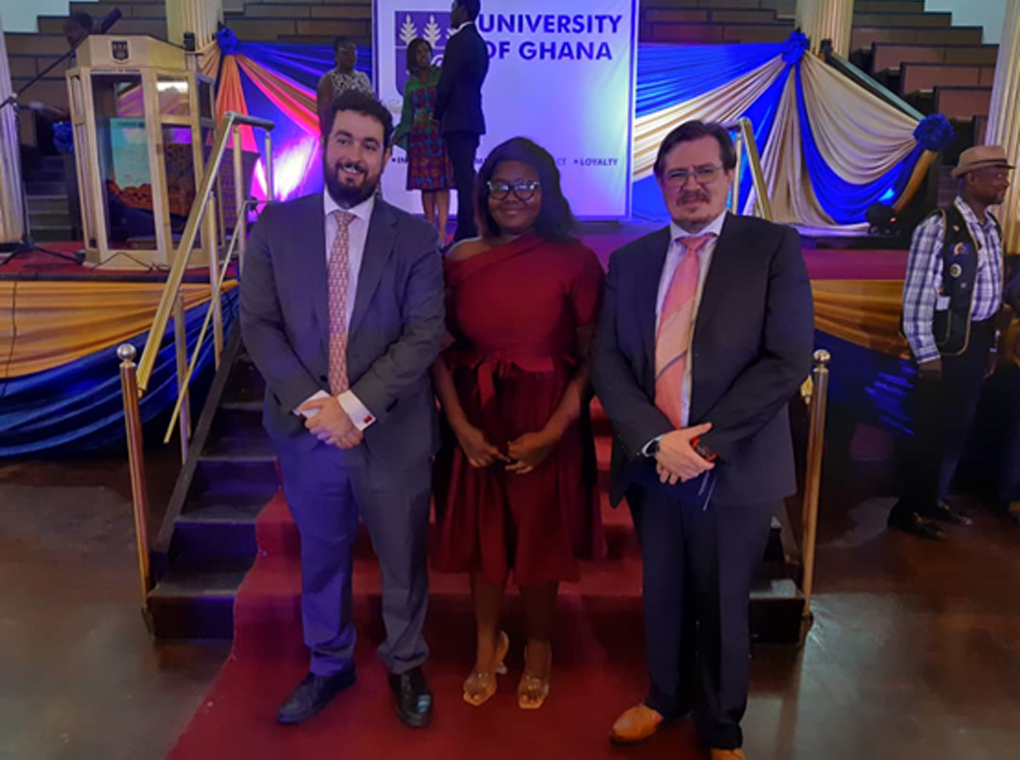 West Africa and Gulf Company Limited (WAGCOL), a Spanish company who are major importers and distributors in Ghana have instituted an award to encourage the speaking of Spanish within the Ghanaian community.

This award known as the Santa Isabel Award is in partnership with the University of Ghana modern languages.  The award has been instituted for the best Spanish student in the department.

This is the 3nd year of the Santa Isabel award for the best graduating student was won by Gilberta Nana Akua Tano-Menka student of the department.

The award was given by the Director of West Africa and Gulf Company, Mr. Miguel Sanchez, with the presences of the 2nd head of the Spanish Embassy in Accra, Mr. Rafael Rodríguez-Ponga Albalá.

This Award will run for 5 years to encourage more students to develop the passion in speaking Spanish as a second language.